The giving of orders 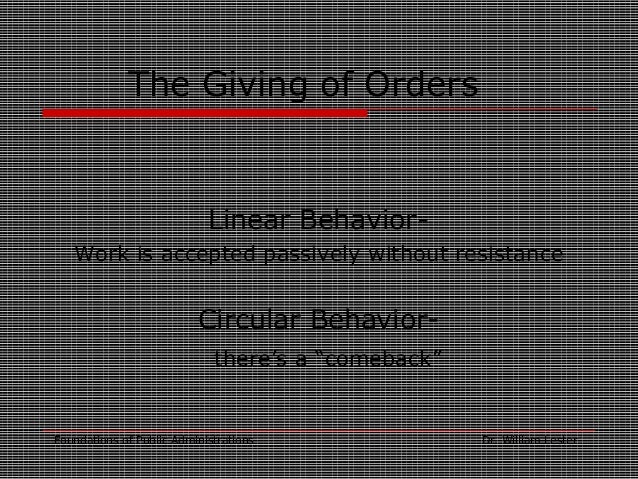 Taylor began the theory's development in the United States during the s and'90s within manufacturing industries steel, its peak of influence came in the s. It was simply a recognition that she knew more about the matter in hand than he did. She argues that "orders should be the composite conclusion of those who give and those who receive them; more than this, that they should be the integration of the people concerned and the situation; more even than this, that they should be the integrations involved in the evolving situation. 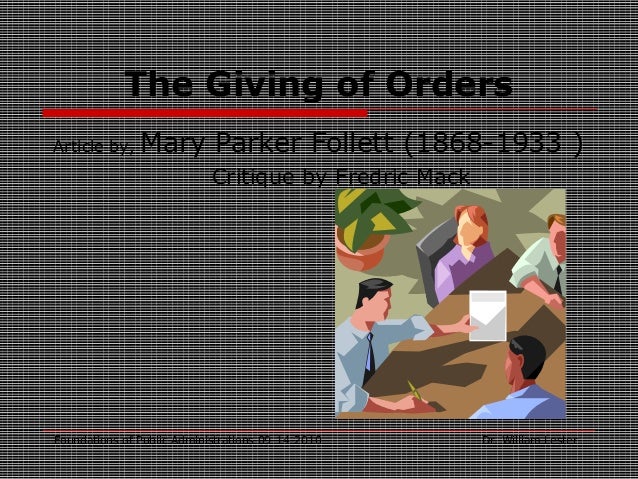 Scientific management is sometimes known as Taylorism after Frederick Winslow Taylor. My own marked up copy is by Garland Publishing, Inc. Our job is not to get people to obey orders, but how to devise methods by which we can best discover the order integral to a particular situation.

It was set up to provide ministers of service to the Church. I think it really is a matter of repersonalizing. The Journal for Quality and Participation, 33 1

The Law of the Situation extract from The Giving of Orders Note The idea that obedience to an order is the result of the sensible acceptance of the reality of a meaningful situation is one of the best ideas that came out of the study of industrial organization. Taylor began the theory's development in the United States during the s and'90s within manufacturing industries steel, its peak of influence came in the s. It is a mistake to think that what we need is the conversion to "unselfishness" of the capitalist class. External orders never can, only those drawn fresh from the situation. When a supervisor gives an order to an employee, it is the most likely that the employee would follow them because it what he or she is paid to do besides doing their daily task. If that word is not to mean any longer external authority, arbitrary authority, but the law of the situation, then we need a new word for it. Obedience and liberty We have considered the subject of symbols.
Rated 5/10 based on 51 review
Download
Mary Parker Follett, The Law of the Situation ()